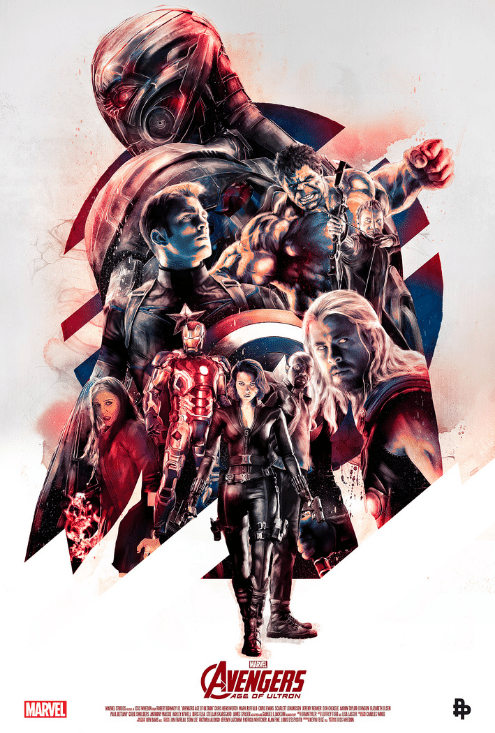 Paul Bettany as Jarvis / The Vision

Stan Lee (based on Marvel comics)

Jack Kirby (based on Marvel comics and created ‘Captain America’)

When Tony Stark jump-starts a dormant peacekeeping program, things go terribly awry, forcing him, Thor, the Incredible Hulk and the rest of the Avengers to reassemble. As the fate of Earth hangs in the balance, the team is put to the ultimate test as they battle Ultron, a technological terror hell-bent on human extinction. Along the way, they encounter two mysterious and powerful newcomers, Pietro and Wanda Maximoff.

PG-13, for intense sequences of sci-fi action, violence and destruction, and for some suggestive comments